Stella Gaitano is a well-known writer on the Sudanese Arabic literary scene. Her writing explores themes of departure, motherhood, loss, and grief in the context of war in South Sudan.

Back to all artists
Stella Gaitano
Germany / Sudan
Writer
Facebook

Stella Gaitano (b. 1979) is a well-known writer on the Sudanese Arabic literary scene and a public health professional. She was born in Khartoum, Sudan in 1979 - at the heart of the turmoil and tortured identity politics that contributed to the demise of Sudan as it existed as a nation-state encompassing South Sudan. However, Stella's personal biography is influenced by her South Sudanese ancestry through her parents, who hail from South-East Sudan.

Stella was trained as a pharmacist at Khartoum University, but worked as a journalist in Khartoum and Juba. While she worked as a journalist, she published her first collections of short stories. During her studies, Stella came into contact with intellectuals and political activists after which she intensified her writing and started to write about herself, her family and her people. Among the authors who have influenced her, Stella cites the Sudanese At-Tayyib Salih, as well as Gabriel García Márquez, Carlos Ruiz Zafon, Isabel Allende and other writers around the world. In 2001 and 2004, Stella won the Professor Ali El-Mek Award.

Stella embodies both Northern and Southern Sudanese sociocultural signifiers. Through her complex personal biography, her use of Arabic as a language of creative expression and her personal choices, she lives the state of flux that has assailed the broader Sudanese sociocultural landscape since the division of the country into two parts in July 2011 on a daily basis. This meeting of two cultural components that live within Stella creates a very poignant framework for issues relating to identity and belonging. 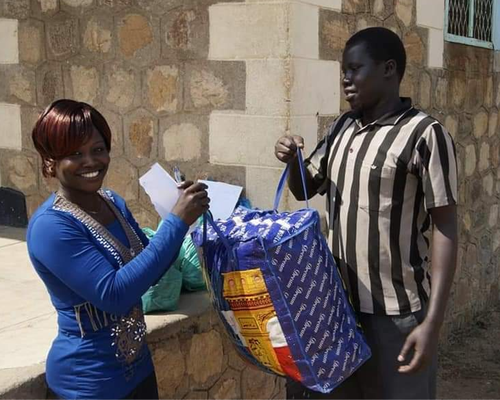 Stella has been active in supporting initiatives towards peace and justice in her country of origin. Among those, she established in the initiative Youth for My Country' in 2013 during the civil war in South Sudan. The aim of the initiative was to ease the suffering of the many victims of violence in South Sudan by offering pragmatic, hands-on-solutions, and to bring youth from different ethnic groups to work together for others and to cross existing ethnic divisions. This involved collections of food and non-food items, with the help from the Red Cross who transported the deliveries, in order to help the victims of war in displacement camps around the country. Furthermore, Stella has been involved in peace building and peace keeping activities in Darfur refugee camps. Here, Stella also arranged talks with women about how awareness can lead to empowerment and how this can affect the coming generation to solve problems without violence.

In another initiative, Stella mobilised diverse artists and writers from South Sudan to provide performances and cultural space for the residence of Juba. Under the banner 'Artists for my Country', the aim was to heal the wounds and trauma of war and to send peaceful and coexistence messages through songs, poetry, reading stories, theatre plays and public speeches. The group was also involved in addressing the cholera outbreak in South Sudan in 2014 by raising awareness on health issues through artistic messages in open areas, at markets, bus stations and public squares. All the initiatives were supported be the staff and students from the Juba University in South Sudan.

Stella is also an initiator of the initiative “Donate a book make a difference”, which has managed to collect more than 10,000 books with a view to establishing public libraries in Darfur, and elsewhere in Sudan and South Sudan. “Awareness is the closest way to helping people achieve their aspirations,” Stella says.

Stella says that she wrote one of her first short stories, A Lake the Size of a Papaya Fruit, in half an hour, inspired by her grandmother. It was a revelation for her. The story, for which she was awarded a literary prize in 2003, is about a girl and her grandmother who have to make their way through life alone, after the girls’ parents and grandfather die. 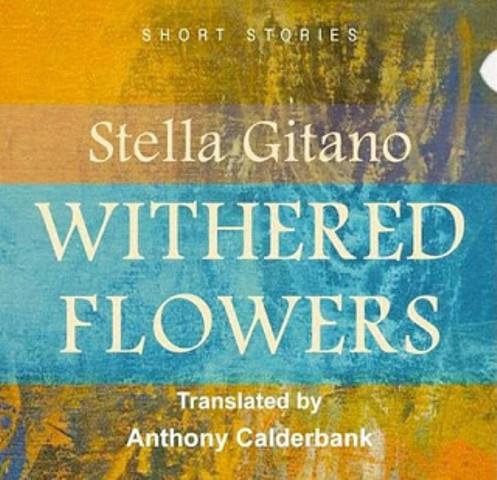 Withered Flowers (2002) is Stella's first book of short stories. It describes the fate of people who have fled from the murderous conflicts in South Sudan, Darfur and the Nuba mountains and are living in refugee camps near Khartoum. The book shares glimpses from everyday experiences to dramatic moments, producing a grounded image of daily life in South Sudan.

In her work, The Return (or Homecoming) (2015), Stella describes the return of many South Sudanese from the North to their newly founded state. She portrays the immense expectations aroused, great hopes and even greater disappointments. Stella herself migrated in 2012 from North to South Sudan. She is considered an important voice of her people, who have known both war and expulsion. She writes in Arabic, for which she is criticized by certain South Sudanese colleagues, who see it as, according to Stella, a 'colonialist tool'. Stella feels that language is "the soul of the text” and hopes that South Sudan will also have a place for Arabic.

In Eddo’s Souls (2019), Stella writes a Sudanese and South Sudanese generational novel that takes us on a journey through space and time, constellations of belief, and political regimes. The novel was originally published in South Sudan and set to be translated from Arabic into English in 2021. In 2020, the novel won the English PEN’s flagship translation award, and is the first novel from South Sudan ever to be published in the UK next year 2021. In this novel, Stella explores themes of identity, love, and neglect. It also revisits recurring themes of departure, motherhood, loss, and grief in the context of war in South Sudan. A review of Eddo’s Souls can be read here, and an excerpt can be found here.

All images/videos used on this page are copyrighted by the artists, unless stated otherwise.
Back to top Back to all artists
Performing Artist