Senad Alic is a Dutch painter with roots in former Yugoslavia, who is not afraid to step over barriers and take his art into new encounters, combined with a strong commitment to Community Art projects.

Senad Alic (b. 1960 in Sarajevo, Bosnia Herzegovina) grew up and worked in Priboj in Serbia. In 1992, during the war in former Yugoslavia, he moved to the Netherlands, and has since then developed into the multifaceted artist he is today. His painting and drawings often represents layered stories, portrayed in subtle artistic language, which invite, often even force, the audience to read the whole story, to live it and tell it to others in their own words. The figures in his paintings almost dissolve into the background and are often defined more abstractly in subdued fields of colour and alternating contours.

Senad's work often reflects his experiences as an ex-Yugoslavian, topics such as migration and arrival in a foreign country, as well as processes between the old and new. When looking at his paintings, a feeling of melancholy is present, but always tangled with the artist's sense of humor and optimism. His work is exhibited everywhere in the Netherlands and also abroad.

In addition to Senad's independent work, he describes himself as a Community Art artist. In his view, the combination of working independently and making art collectively with others can be understood as train tracks: by running parallell, they inspire and complement each other. Senad has developed numerous Community Art projects for various city districts, organisations and companies in the Netherlands. He is the artistic director of De Werkelijkheid - a group of artists with different disciplines and backgrounds who uses art to offer companies and organisations an unexpected view, inspiring encounters and entrepreneurship. Moreover, he has been curator of the exhibitions at Theater Mozaïek in Amsterdam for the past 15 years. He has also been closely involved in Stichting de Vrolijkheid for over fifteen years - a foundation which ensures that children in asylum seekers' centers (re)find confidence and joy through creativity and different art projects.

"I believe in the power of art as a means of communication. You need a common language to understand each other. Art can pick up a story of someone that was hidden in a dark room. You can shape the story so that my story becomes a story for someone else. That way we are really visible to each other. That ensures connection."

Senad also provides training, lectures and interactive workshops on themes such as identity, diversity, parenting between two cultures and the power of art as a means of communication. 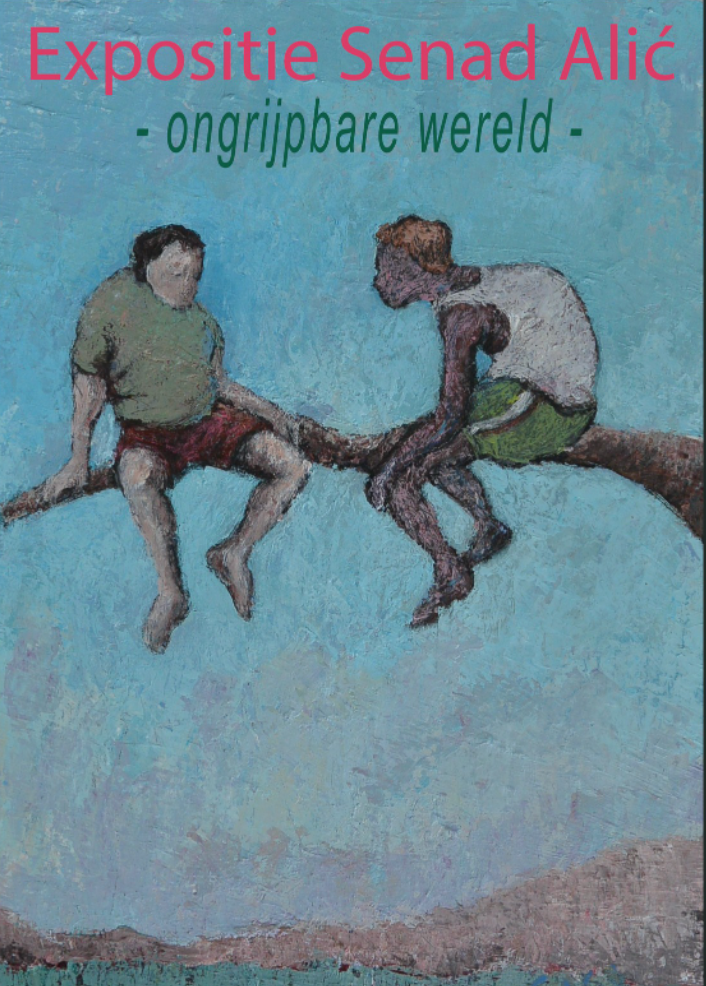 This exhibition is a series of works that are both a reconstruction and confrontation of Senad's life. He describes the work as almost archaeological. He did research, made new work on paper, confronted his works from different periods and made them react to each other. He cut sketches, drawings from his sketchbooks and pasted them over already finished works to create and bring to light a new context, a real story and a real memory. In many ways the exhibition is a quest for all those pieces of memories that Senad have 'lasered' apart like an atom in thousands of molecules. It is a process where he discovered more and more about himself, where he crawled into all those layers of his work in search of connections and answers. By putting separate sketches next to works he had already made, he suddenly felt a tension between them, in which some were drawn towards each other like two opposites.

"I'm catching and fusing pieces of memory that wander like loose molecules in my mind. Everything I make comes from somewhere. I feel like an archaeologist, who digs in time and is surprised what he finds in his hidden valley of memories." 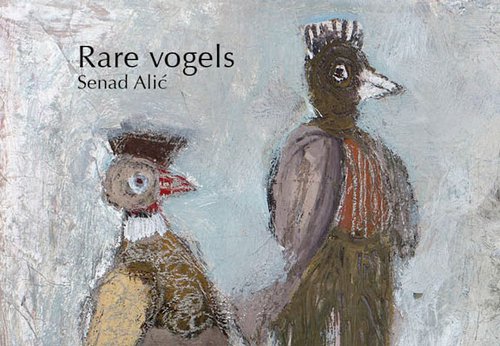 "When Stichting de Vrolijkheid crossed my path 15 years ago, a very enthusiastic group of people wanted to bring art to all asylum seekers centers in the country. I realised that many memories and stories from these centers - from the children, young people, and parents - could be preserved. Using art and thereby highlighting a visible but also hidden, almost elusive world. By bringing forgotten memories onto a canvas, in a poem, in music or on stage, stories are being shared with others by creating a work of art."