Syrian visual artist Diala Brisly illustrated this poster for the Netflix film 'The Swimmers'. The new film is based on the real life story of Yusra and Sarah Mardini two competitive swimmers who fled war-torn Syria to seek asylum in Germany.

During their journey to Germany the sisters assisted the malfunctioning dinghy that carried them along with 18 other asylum seekers across the Aegean Sea, swimming for 3 hours. After settling in Germany, Yusra went on to participate in the first Refugee Olympic team while Sara returned to Greece to continue helping refugee arrivals.

Diala Brisly is herself a Syrian refugee, her creative work has consistently explored themes about social justice, freedom for the Syrian people, and a desire in particular to give a voice to children, who are among the most voiceless and most vulnerable groups targeted in Syria’s current turmoil.

Upon reflecting on this poster she writes: "I always wanted to do something for the sisters and finally got this opportunity. I really admire them, their story is an inspiration to keep going".

You can find more on Diala's process of drawing this poster onher instagram. 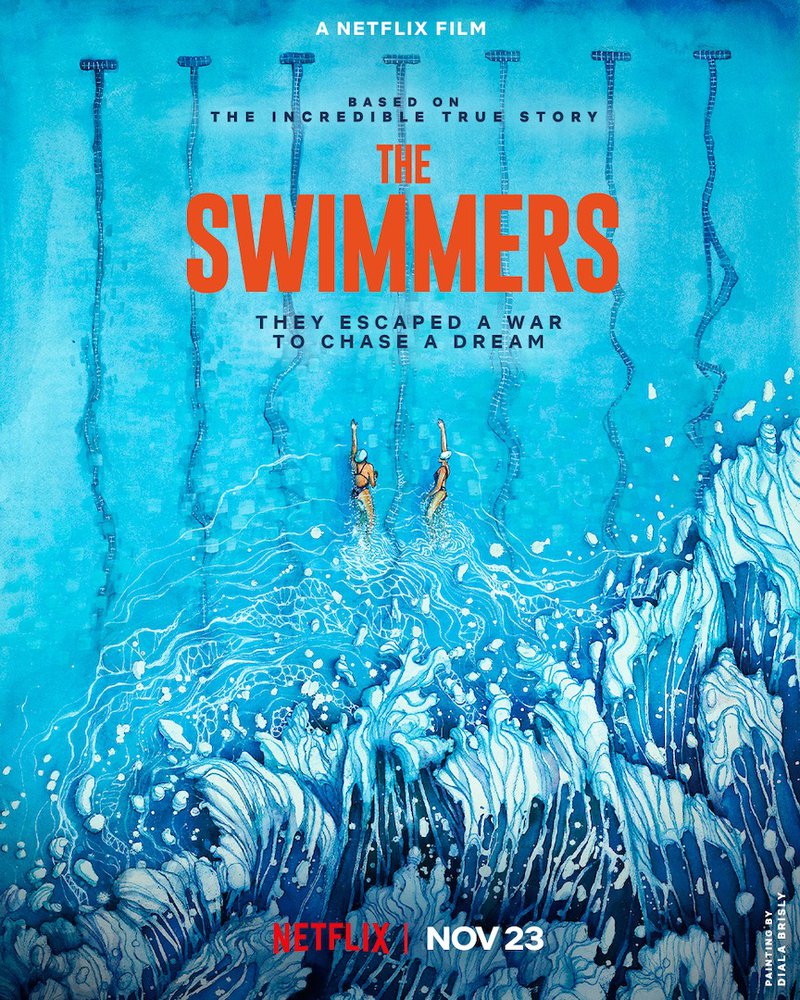