Conference: Katarzyna Grabska co-organised together with Valerie Haensch (LMU Munich), a panel at the European Association of Social Anthropologists' Meeting in Belfast this July

As part of the dissemination of the results of the INSPIRE research, Katarzyna Grabska co-organised together with Valerie Haensch (LMU Munich), a panel at the European Association of Social Anthropologists' Meeting in Belfast this July (26-20.07.2022)

Read more about the panel below:

Over the years, revolts and revolutionary movements around the world struggled against political oppression. Protests are inherently aesthetic as they visually, acoustically, materially and performatively intervene in public spaces to create alternative futures and narratives of social justice. While research has shown that the occupation of squares as sit-in involves intense emotions as mobilizing force (Ayata/Harders 2019), in this panel we explore creative practices and their affective dynamics in the process of (re)claiming public spaces through protests. What kind of emotions, narratives, imaginations and sense of hope or despair do these multisensory practices express, evoke and actualize? How do artists and activists re-appropriate, transform and redefine the commons such as streets, public clubs, gardens or street corners and to what effect? How do new aesthetic forms and practices in the context of protests evolve and travel across time and space? And in turn, how do revolutionary aesthetics across translocal spaces inspire political engagements locally and transnationally and in what forms? As a site of political contestation, reclaimed public spaces are usually challenged by counterrevolutionary forces (Riyadh Bseiso 2018). In this panel, we are also interested to explore how these spaces are kept alive in the revolutionary process against repression and with what effect. How does this challenge the movement’s aspirations, hopes or disappointments? We invite ethnographically grounded discussions that address the relations between revolutionary aesthetics, actualized hope, inspiration and the (re)claiming of public spaces. 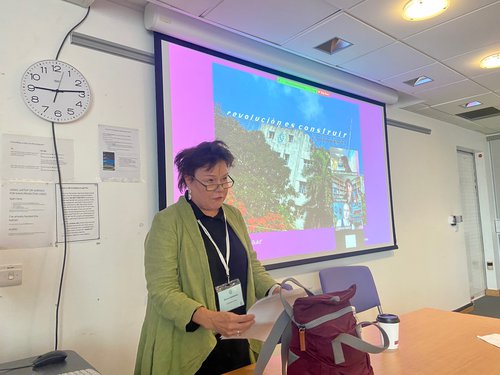 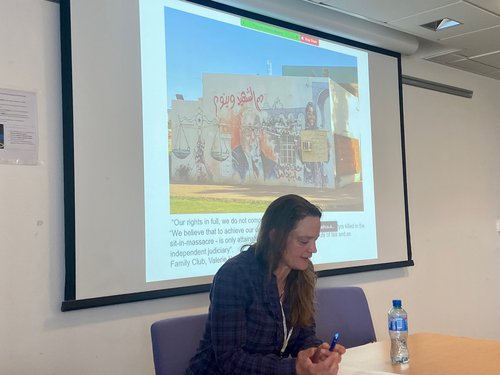