On behalf of Anna Konik we wish to share and cordially invite you, especially those who are in the UK or Ireland, to the world premiere of Konik's new film Silence Heard Loud, which will open the London Human Rights Watch Film Festival on March 17. To purchase tickets and read more about the film, click here. 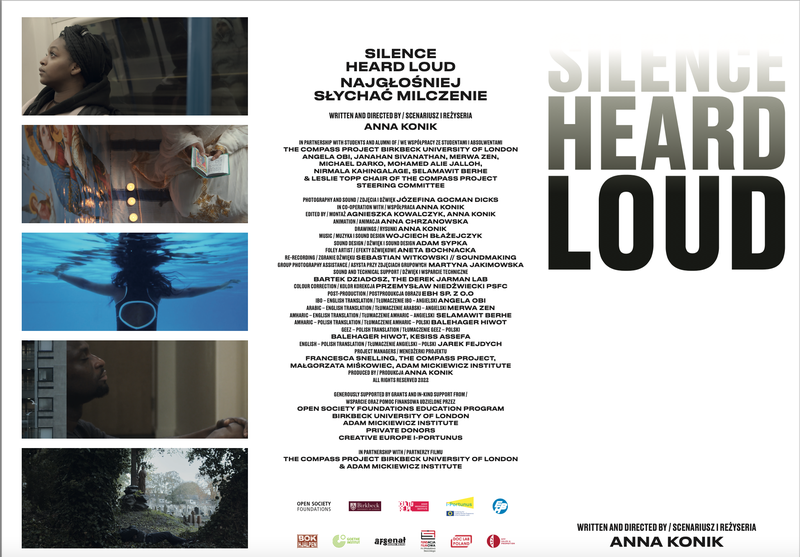 In Silence Heard Loud we meet seven individuals from six countries who journeyed to the UK in search of safety - fleeing from war, terrorism, ethnic hatred, persecution and domestic violence. But the issues now facing Angela, Janahan, Merwa, Michael, Mohamed, Nirmala, and Selamawit are complex: endless asylum procedures with no permission to work, uncertainty about their futures, and the loneliness of longing for family and home. After many years of integrating into their new local communities and rebuilding their lives, their futures are still under threat. At any moment, the UK Home Office could force them to leave their lives and the relationships they have forged. This artfully crafted film is a reminder of the struggles facing members of our community, and the continued fight for refugees to find freedom and dignity as they navigate the British asylum system.

'I was always hoping for a world where everyone is a citizen of the world and appreciated for what they do and who they are.... [Yet] wherever I go they’re like: ‘This isn’t your home, you’re not our colour, you’re not our nationality, you’re not our culture.’' - Merwa Zen, Film Participant, Silence Heard Loud 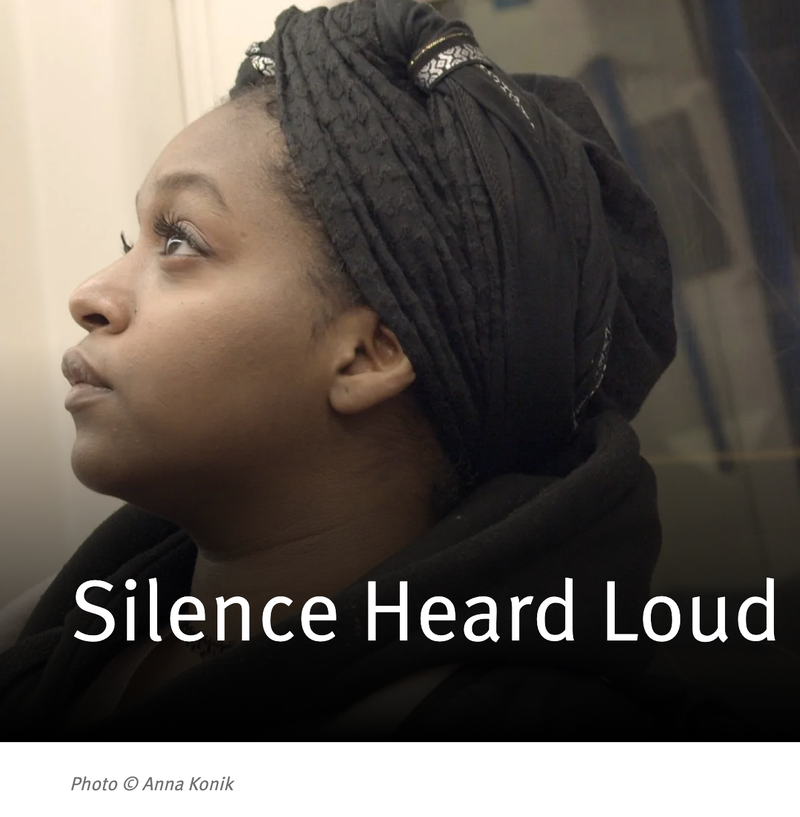 From the text 'Let Them Become Part of My Experience' by Lukasz Kropiowski (art historian, curator of the Contemporary Art Gallery in Opole): 'Anna Konik's latest film entitled Silence Heard Loud teaches us the rudiments of how to look and listen. You only see if you watch diligently, and you only hear if you listen attentively. The ability to truly listen to and really see the Other as an individual, to recognise each of them as a person with a unique history, is the only chance to cross the invisible barriers of stereotypes, prejudices and exclusion which hamper the development of empathy and kindness'.

From the text 'Open Walls Like a Silenced Hear' by Stewart Motha (Professor of Law, Birbeck, University of London): 'The film features movement as a means of bearing the weight of silence. Moving underground and emerging into the liminal space of railway stations enables the viewer to experience the sense of coming through to another time and place. These traversals of space and the sounds of moving trains position silences to enable narratives of pain and suffering to emerge. Throughout the film there is palpable sense of the struggle to represent what is walled-up in silence; to open the possibility of accessing what silence carries and conveys'.